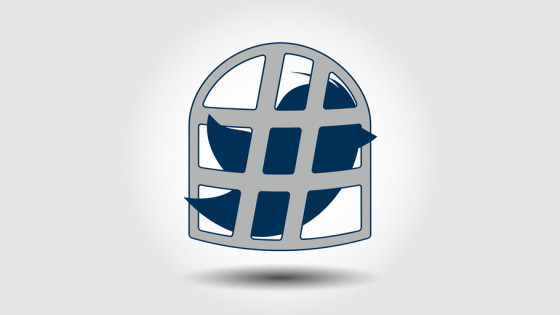 We all know the importance of adding hashtags to each post. If you want your post to stand a chance amongst the millions of other posts, then you need to add relevant hashtags. However, it is extremely important to do a little research beforehand to see if it is already being used for something else. Or if the letter combination can be interpreted another way that what you intend. As you will learn from the following major hashtag fails, a little prior research can save you a lot of embarrassment and backlash.

Originally used by women on Twitter to share their experiences of domestic violence supporting Janay Palmer, after a video of Ray Rice punching her went viral. DiGiorno Pizza tweeted “#WhyIStayed You had pizza” without first doing a little research. They quickly learned their mistake and the post was deleted in minutes. They then publically apologized announcing that it was an honest and stupid mistake, as well as sending out personal apology tweets to everyone that they had offended.

When Beauty retailer Sephora opened its first store in Australia they received more media attention than they imagined, but not for the right reasons. Their intention was #CountdownToBeauty but with a small and unfortunate spelling error the tweet was #CuntdownToBeauty instead. Here is a lesson on proof reading everything before posting, as missing one small letter can create such a different word.

Another unfortunate hashtag fail was from Susan Boyle’s PR team when they created the hashtag #Susanalbumparty to promote the launch party of her new album. A quick read spells out something completely different from its intended message and followers were invited to her ‘Bum Party’ it seems. After becoming a laughing stock online this was quickly changed to #SusanBoylesAlbumParty. 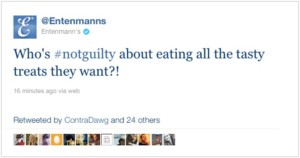 Enternmann’s tweeted “Who’s #notguilty about eating all the tasty treats they want?!” right when social media was flooded with angry tweets over the Casey Anthony ‘not guilty’ murder verdict. They soon deleted the Tweet with a sorry message, claiming they were not referring to the trial in their tweet. 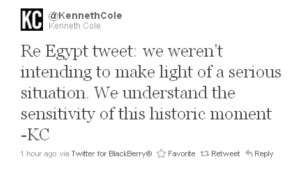 Kenneth Cole himself made the mistake of tweeting an insensitive joke about the revolution in Egypt at a time where #Cairo was a trending hashtag in reference to what was happening in Egypt.

The Hobbit Movie in Switzerland

With the premier of the new Hobbit movie in Switzerland they decided to add their country code of ‘CH’ to the end of ‘hobbit’, which unfortunately no one bothered to realize the double meaning and insult they were advertising. 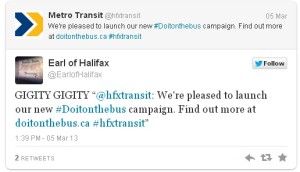 Halifax Metro Transit’s slogan “Do it on the Bus” was meant to be an entertaining campaign to win back commuters following the previous years’ transit strike. Although the Director Eddie Robar admits they were after a “provocative and cheeky approach,” he probably didn’t expect it to go completely in the direction of sexual innuendos.

Although this is not a hashtag fail from a particular country, it’s worth a mention as the message has different meaning in different countries. When former British Prime Minister Margaret Thatcher died, people took to social media to mourn her with memories of her life in politics with the hashtag #Nowthatchersdead. This soon spread rumors across the United States that Cher had passed away instead.

When promoting the Chester Literary Festival they decided to shorten the name of the event and create an easy and unique hashtag, unfortunately for them, the shortened hashtag is also an abbreviation of another word already. Who knows, maybe they were trying to liven up a boring festival and create some excitement.

Take a few moments to do a quick search on each hashtag you intend to use. And have a few different people check it out to grab their interpretation. This could save your brand a lot of embarrassment.